“Feminism is the radical notion that women are human beings.” ― Cheris K ramarae

If anybody doesn’t know what that is, here’s the official description from the IWD Website:

“International Women’s Day (March 8) is a global day celebrating the social, economic, cultural and political achievements of women. The day also marks a call to action for accelerating gender parity.”

Just in case anyone is confused, I’m going to repeat the most important part of that description.

“The day also marks a call to action for accelerating gender parity.”

Feminism is not about claiming that women are better than men or deserve special privileges. It is not a dirty word. It does not  ‘encourage women to leave their husbands, kill their children, practice witchcraft, destroy capitalism and become lesbians.’ Feminism is a fight for equality. Feminism is for anyone who believes that you should have equal political, economic and social rights regardless of whether you were born with a penis or a vagina. And it absolutely blows my mind that in 2017 that this is still an issue. How can anyone seriously think that someone does not deserve the same basic rights as them purely because of their gender? 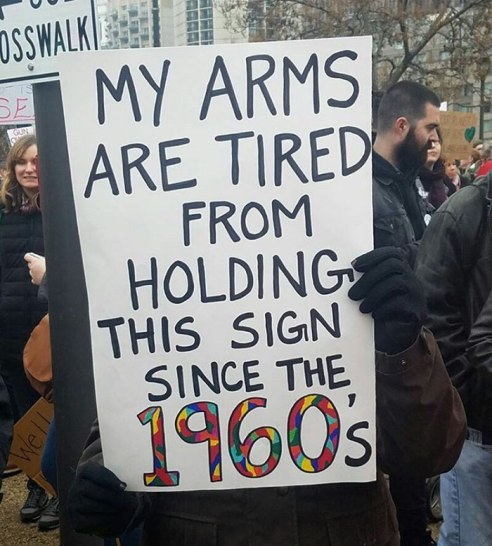 I’ve done some research and found a whole load of reasons why we still need feminism.

1.There is still a massive gender pay gap.

Even in supposedly developed countries like The US, the UK and most of the EU there is a pay gap of between 17.5% to 25%. That means on average women earn 17-25% less than their male counterparts. Even when doing the exact same job, women earn less. I genuinely saw an article in Glamour about how men ‘cope’ with the fact that their partner earns more than them. The fact that some men think that their partner earning more than them is a problem that they have to ‘cope’ with is so ridiculous.

2. Glass ceilings do exist, and it seems like they’re made of bulletproof glass.

3. Victim blaming is actually a thing.

Let me say this loudly for the people in the back – nobody is ever ‘asking for it’. Whether they are male or female, whether they are wearing no clothes or a ski-suit, whether they flirted with you at the bar and you bought them a drink, whether you’ve slept with them before or not. If someone is not in a position to give consent i.e they’re too drunk, have passed out or are being held at knife-point then it is still rape. Did you know approximately 90% of victims are raped by someone they know. and it’s estimated that only 15-35% of rapes are actually reported. I think it’s time that we started teaching people not to rape rather than teaching people to ‘be careful’ and ‘not walk alone at night time’. It’s time we start teaching girls that it’s always ok to say no, that nobody is entitled to your body because they bought you a drink or even because you’re married to them. It’s shocking that over 120 countries have no laws protecting against inter-marital rape. 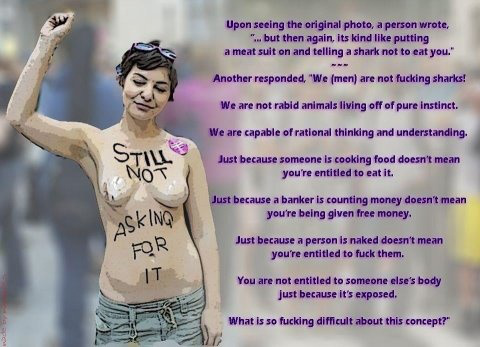 Yes. At least 29 countries still cut and restitch the genitals of girls as young as 5 months old so that sex won’t be pleasurable for them.

Feminism is understanding that men deserve equality too. Here are 2 reasons why men need feminism.

1.The job you have seems to be reflective of your gender.

Jobs in the caring professions like teaching and midwifery are considered to be feminine jobs. As if the act of caring about something or someone should be restricted to one gender, as if it makes someone weak. We need to get rid of gender stereotypes. Girls can play with cars and grow up to be a mechanic or they can become a hairdresser. Boys can play with dolls and grow up to be a midwife or they could be a firefighter.

Society seems to have this stupid idea that men are not allowed to cry or be sensitive. This is seen as a feminine trait. Suicide is the leading cause of death for men under 35, because it’s seen as weak to ask for help. Depression is considered to be a ‘female thing’. This is not ok.

Feminism is important. I firmly believe that everyone in the world should be a feminist. It does not mean you have to act in a certain way or wear certain clothes or even have to be a woman. Feminism has nothing to do with what you wear, whether you want to have a career or stay at home and raise your children. Feminism is not about how often you have sex or whether or not you wear makeup.

Feminism is about fighting for equality. And one day I hope that we get it.

25 year old aspiring writer/secret princess. Hopefully one day you'll be reading my best selling novel. Until then, I guess this blog will have to do. View more posts